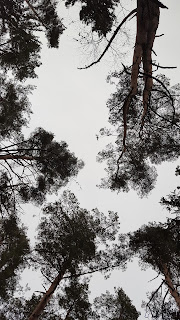 Of course two hours are always two hours. But you have to put it into perspective. While a two hour ride in the US or in Australia may seem like nothing, and someone who lives two hours away in Germany doesn’t live too far away, a two hour train ride in Estonia gets you halfway across the country. So for most people, including me, that is not something you would do on a weekly basis. But to get away from my work and too many hobbies and in order to not sit at home all weekend thinking about work, I venture to the capital. Tallinn, I always say, has very nice corners, but it’s way too big for my taste. When I talk about Hanover, where I have lived a total of four years, I say it was quite nice for a big city, you could go anywhere by bike. Turns out, Tallinn (around 426,500 inhabitants) is actually smaller than Hanover (with a population of over 532,000). But Tallinn is not very bike-friendly, as everything in Estonia, spacier than Germany (gardens in the middle of the city, and s
Kommentar veröffentlichen
Mehr anzeigen
Weitere Posts