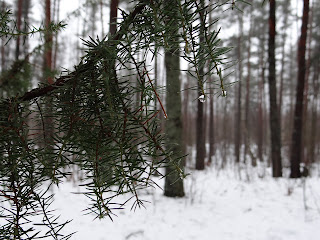 When I had decided, exactly five years ago, that I would do my exchange semester in Estonia, I had no idea what to expect. I wasn’t even sure which if the three Baltic countries Estonia was. I didn’t realize just how cold it could get there. So I started researching and found a documentary about Estonia in winter. It followed some people on one of the islands, wearing sheep wool jumpers and playing music, fishing through holes in the ice, eating potatoes, meat and sauerkraut. But the one thing that fascinated me about this documentary was how the camera crew got to the island: by car. Driving over the frozen Baltic Sea. That was it. I was hooked. I couldn’t wait to get to the North and drive a car on an ice road on the sea.

Of course, that didn’t happen. Turns out, winters are actually not that cold anymore. The ice roads (jääteed) are indeed a thing, but the ice needs to be thick enough – and climate change just doesn’t seem to want that anymore. This is my third winter in Estonia. People keep telling me that this one has exceptionally much snow, but I remember the winter of 2016, the snowstorm on my way to lake Peipsi, the icicles on the rocks on its shore, the snow on the beach of Altja on the North coast. I remember hiking through deep snow with my friend Déna in 2018. I have walked on the river. This year, snowballs have been thrown against my window and at my head. I have ice skated on townhall square and mastered cycling to work in deep snow and an icy roads. I have become so much better at heating my apartment with the fireplace than I was three years ago. I have experienced the kind of cold that turns eyelashes into tiny icicles, skin into burning red patches, fingers blue, and freezes noses shut. It has just never been cold long enough for the sea to freeze so much that a car could safely drive on it. 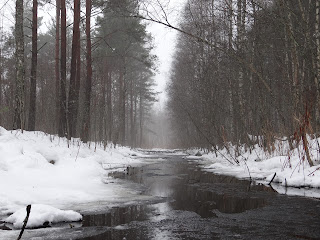 I want to be in Estonia for a real winter, the kind that has ice roads. And if that takes living here for years, I will gladly do that. Some of my friends are already sick of the winter and keep telling me that I have never been here for a whole summer either – but I for now just love this winter. Even though it drives me crazy. I drives me crazy when the streets are perfectly cleared from the snow, but walking on the sideways is life threatening because nobody ever took the snow off, it started thawing and now it has turned into a thick, uneven layer of ice. It drives me crazy that one day the sun is shining and I just run outside only to realize that I am wearing way too few layers for -19 degrees Celcius, and on the next day I sweat like a horse cycling to work with two pairs of pants and two sweaters in plus five degrees. And most of all, it drives me crazy that it rained on the thick snow yesterday and the cold of the evening turned the entire city of Tartu into an ice sculpture. “Don’t drive a car, don’t walk”, they said on TV. So how am I going to get home from work? Ah well, first of all I need to get down the three stairs covered in mirror like ice in front of the door. Then I need to cross the parking lot that nobody has taken care of all winter and that is now trying to kill everyone who sets foot on it. Only to become aware that I have four more kilometers to cover on sidewalks and streets that are not at all doable with shoes but would also destroy my ice skates. And of course, it drives me crazy that on a day like this, the only place in town where the ice is not perfectly slippery is the ice skating rink. 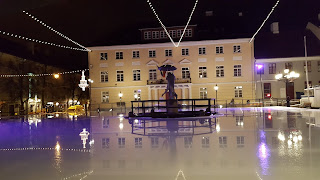 But it is my first full winter here. My first Estonian February. I cannot imagine a more beautiful thing than the snow glistening in the sun at -15 degrees. Nothing tastier than vastlakuklid (basically sweet buns with a LOT of whipped cream that you can only get this time of the year; and yes, there are vegan versions around). Nothing cooler than to go for a quick round of ice skating on the way home from work.


The Nordic winter means having a romantic fire at home every day. It means that your nose isn’t runny from the cold because it has frozen shut first. It means that grocery shopping has become an endeavor, as you need to put so many layers on (and don’t forget the face mask to protect everyone from Covid-19), and it is normal to wear skiing pants whenever you leave the house (some people simply call them winter pants). Children are not pushed around in strollers, they are pulled on sleds. Bars serve mulled wine in addition to beer. The cleaning supplies in the hallway have turned into ice blocks, I can’t open the trash container outside our hose because it is frozen, and yes, sometimes I have even trouble opening the window in the morning. My fingers are constantly numb and my skin is a mess.

I have written about the dark times and how to survive them here: https://studyinestonia.ee/blog/how-survive-dark-especially-during-pandemic

But days are getting longer, Christmas lights are coming down and it can happen that there is still some daylight when I leave work. I have to remember that that is okay. Some days the gutters are dripping and birds singing, but mostly, it is still snowing.

So all in all, I love the winter in the North. Even though I sometimes hate it. But I guess I’ll have to wait for the next one to get a chance to drive on an ice road. 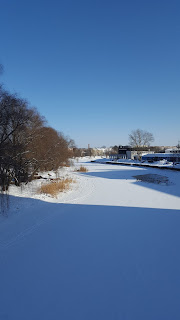 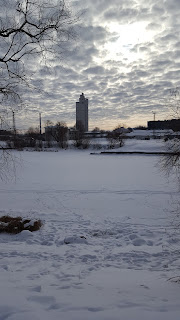