A Year in Estonia: Summer 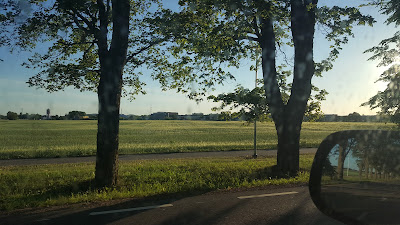 The first thing I ever heard about the region was this: „The only thing that’s positive in Ida-Virumaa is HIV“.

Ida-Virumaa is the county of Estonia that stretches farthest to the East and the town of Narva is officially the easternmost point of the EU; a highly surveilled bridge over the river Narva connecting us to Russia. As Narva is also the third biggest city in Estonia (after Tallinn and Tartu), when I first travelled around the country, this was the only place I visited in Ida-Virumaa. Because, what else is there to see?

Turns out: A LOT.

Ida-Virumaa is also the main region for oil shale mining, which still makes up around 4% of Estonia’s GDP and produces 76% of our electricity, at least according to Wikipedia. The production is also highly linked to the Soviet times, as the mining peaked in the 1980s.

So the mines with their strange-looking hills are what you see, for example, when you take a train from Tallinn to Narva, or drive around the region on a bus. Nowadays, nature has won over many of those mines, and the hills are used for snowboarding in the winter. So why are Estonians so prejudiced regarding this county?

Well, according to the last official census (2011, the next one is happening this year), 73.1% of Ida-Virumaa’s population is Russian, and only around 19% is Estonian. This is also due to the fact that during the Soviet times, Russians were moved here – and they just never left. And if all your neighbors are speaking Russian, people working in the stores speak Russian, your school is Russian, all your friends are speaking Russian – then there is no need for you to speak Estonian. The problem with that is that the Russian community is not well integrated. If their Estonian is really bad, they won’t get into university, which decreases the overall level of education in the region – and those who leave to find better jobs or go to university usually don’t come back. 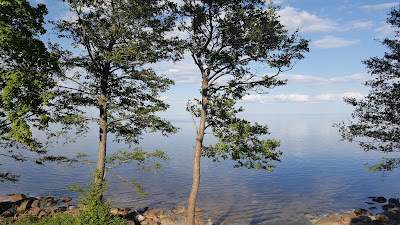 The thing about HIV, by the way, is actually not true anymore. According to the Estonian health board, Tallinn now ranks number one in registered new infections (Ida-Virumaa is second and the city of Narva third; https://www.terviseamet.ee/et/nakkushaigused-menuu/tervishoiutootajale/nakkushaigustesse-haigestumine/hiv-ja-aids).

And I think the fact that most people don’t want to live in Ida-Virumaa, few want to visit, and that Russians tend to stay in their city or village their whole life and don’t spend every free minute in nature like Estonians do, is why Ida-Virumaa is so beautiful.

When I started thinking about going to the seaside for a weekend, I thought: Why not take the shortest route, I will end up in Ida-Virumaa, I’ve actually never been there. I gathered tips from people, and many suggested the same places. So I threw some stuff into my car Hugo and drove up the „highway“ that connects Tartu and Jõhvi, the capital of Ida-Virumaa. Ida-Virumaa is home to one of Estonia’s five National Parks, Alutaguse National Park, but as it is not by the sea, I haven’t visited it yet. Instead, my first stop is Kohtla-Järve, known to be a grey and really ugly city. I think it is important that if you want to get to know a country, you need to see the ugly paces, feel what the people actually live like. As I get out of the car, a dog starts running towards me, barking aggressively. The owner says something to me in Russian and collects the dog. I realize: This is technically Russia. If you walk around here; statistics backs it up; people assume your first language is Russian. All the houses are from the Soviet times, all signs are bilingual (except street names, they are only in Estonian), buildings are so worn out that I can’t believe people actually lie there – but they do. The streets are broad, official and public buildings are surrounded by small parks, everything is exactly as I would imagine a Soviet town. So it is time to move on to an actually beautiful place. I spend the night in the park of Saka Manor, one of the old Baltic-German manors that have been turned into hotels. This one has a camping area, so I can cheap out, sleep in the car, but enjoy the benefit of having a shower. Stairs lead down through the forest to the beach, 48meters down the old cliff. And right here, I find my first paradise. I turn back around to the forest and feel like in any movie where people (or the animals from Madagascar) strand on an island: There is always a deserted strip of sandy beach, and then a forest going up the hill. The sun is starting to set into the sea. I walk along the lonely beach until I see some turquoise-colored spots in the cliff. There is actually a little info sign saying this is blue clay. It’s like regular clay, soft when wet, can be used for pottery and face masks, and geologists will be able to tell you a lot of stories about it – but it’s naturally greenish-blue.


As it is the peak of summer, I can’t wait for dark to go to bed – it doesn’t get dark. The next morning, I go on to explore the Ontika landscape preservation area. I would pick this picturesque coastline over any Italian or Thai beach every time. Next to the Valaste waterfall, the highest in Estonia, more stairs lead down to the beach. It is a little scary, I grab onto my bag as tightly as I can – if I drop my keys or phone here, I will never be able to get them back; but the views are so worth it. And the shade of the forest and a quick swim in the Baltic Sea are very welcome reliefs of the heat. It’s been an unusually hot and dry summer here.
My little road trip leads me further East towards another hidden gem: Toila. A small town full of pricy guest houses and ugly hotels that looks like half of Estonia would spend their summer here (but I know this can’t be true, people go to Pärnu, to Narva-Jõesuu, to the shore of Peipsi as well...), but what I really want to see is Oru Park. It used to be the park of the castle located in Toila, contains a botanical garden, and makes me wonder why the hell this wasn’t mentioned as a highlight in the travel guides. Some people are walking around picking pärnaõied for their tea (linden flowers, also called lime tea), others pose for Instagram pictures. Some spots in here make me feel like I’m in Italy or Spain, there are parts of forest where you can get lost completely on your own, and there is a German soldier cemetery. During the Second World War, a hospital was located in Toila, and the German soldiers who lost their lives in this area were all buried in the Oru Park. In 2008, a German organization was gifted the land from the municipality, and turned it into a beautiful memorial. There seems to be a lot of German history in this region – at Saka manor I also found a memorial with the German inscription “Umsiedlung” (relocation). In 1939/40, a big wave of Baltic-Germans was moved from Estonia to Germany. As you may know from previous posts, the German history in Estonia always brings me to a dark place, so I indulge a bit more in nature to be happy again, and then I drive on to one more stop: Sillamäe (which literally translates to bridge hill). This town used to be a resort village in the 1800s, and again, gives me a time travel experience. Soviet block buildings, the feeling that people sleep here, but not much else, some old, run down houses (nobody seems to care about renovating facades here), and a very pompous seaside promenade. Stairs leading down from a square to the promenade. Apart from the promenade, Sillamäe seems to have a lot of industry, it has a big industrial harbor, and in the Soviet times used to be a closed town. Here, again, 85% of the population is Russian, and I am actually surprised to hear people speak Estonian –but maybe they are also just tourists.
On the way back to Tartu I drive along the shore of Lake Peipsi again. I have spent a couple of my summer weekends on its Northern end, also Ida-Virumaa, and have gotten some impression of the rich forests and beautiful, empty beaches. There are so many beautiful beaches in Estonia, so picturesque, it’s amazing that you can always find a private spot! The forests are not only full of mosses, ferns, and all kinds of trees, but also berries, wolves, and bears (and soon: mushrooms!). There is definitely a lot more to Ida-Virumaa than I thought, and much more to explore. I’ll be back!

A Year in Estonia - Spring 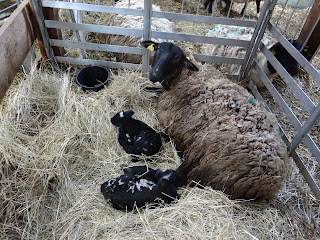 How the lamb’s childhood sets the path for its future „Breeding sheep must be your passion if you do that“, says Ants. He must know, he has been in the business for almost twenty years. „The first years it cost us more than it brought in. And still a large portion of our income is from the state supplements that we get as organic farmers.“ After years of learning and trial, this breeder eventually chose the Dorper breed. They have good mothering qualities, do not require much birthing aid and, for a breeder of meat sheep very importantly, they have mostly fur instead of wool. This means that they don’t need to be sheared, as they lose their winter coat by themselves – a lot less work. So I learn that the breed has a huge impact on the financial stability of the sheep breeder. A sheep sold for slaughtering will bring in approximately 80€, as they are usually slaughtered when they reach 40kg and over the last couple of years, the price was at around 2€ per kg of live weight. Sellin
Mehr anzeigen