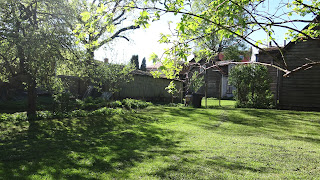 It’s spring and the sun is shining.
Four months ago I went from minus ten degrees Celsius to plus thirty.
Now, I’m going from 43 to eight.
My anchor point in these last three weeks in Thailand has been Chiang Mai, and each time, I went to the same vegan restaurant, and each time I met interesting people (like my brother’s classmate – can you believe it, on the other side of the world, I meet someone from the neighboring village and we even have a connection!), and went to the same second hand bookstore to exchange the ones I’d read for books I wanted to read.
For a moment, I consider taking a motorbike taxi to the airport, but finally decide on a car. I get through customs without having to pay for overstaying my visa, and I’m on a plane again. There are the people who travel with carry-on only, people I admire for needing only a backpack much smaller than mine. There are people who have checked in everything except their wallet and phone. The typical Asian couples with three or four bulky bags from the duty-free shops. A woman with a bag full of green vegetables and another one with four styrofoam food containers.
Almost twenty hours later, after a cup of tea in Helsinki that cost about as much as seven of them in Thailand, I’m back in Tartu, Estonia.
It’s raining. It’s comparatively cold.
It’s springtime and it’s beautiful. 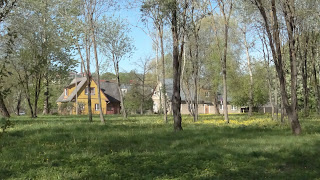 A few hours later the sun is out, everything is green, the air is as fresh as anyone can dream of, and not only do I have a key to my friend’s apartment (where so many people live every now and then that ha can’t keep track of whose things are where), but am also proud interim owner of a wonderfully rattly bike that has neither lights nor real brakes.
Only two weeks will I spend here, doing my mandatory food hygiene and food safety training in a laboratory.
Springtime in Estonia means that there is a woman waiting for her child at the bus stop who is wearing a skiing jacket and flip flops. It means that two friends are walking down the street, one of them wearing shorts and t-shirt, the other one a winter coat and hat.

And the sun makes them crazy.
One day after work I sit by the river, read and look at this beautiful town. When I get up, an old man sitting on a bench smiles at me and asks me how I am. That was me who came here by bike, right? And was I just looking out at the river.
“Yes, it’s so beautiful, isn’t it?”, I reply, looking for signs that he is drunk or mentally instable.
Estonians don’t talk to strangers.
But no. He’s totally fine. And he’s Estonian too.
But the sun is shining and it’s spring.
Another thing that’s happening: Prima vista, the literary festival that takes place in Tartu every year. In addition to readings, discussions and exhibitions in Estonian, there are also writers and poets from Austria, Finland, Russia, the UK, the US and many more countries, reading, performing, being creative.

I get to attend a poetry workshop with Andy Willoughby, listen to Ron Whitehead and watch a multilingual event with Daniel Wisser. Most of the works are a little absurd, matching the title of this year’s festival: Naljast kaugel – far from joking.
Silver Sepp and some other musicians are performing in the park.
When the sun has set around ten, there’s an open air cinema.
I’m not used to such long days: in Thailand, sunrise was between five thirty and six, and sunset was around 18.15, and that didn’t change in the four months I was there. In Estonia in May the sun rises at around five a.m. and sets around nine thirty p.m.
One thing I understood after spending three months as (pretty much) the only farang among Thai and then three weeks surrounded by other Westerners: Europeans don’t smile much.
From past experience, I would have said that is especially true for Estonians, who usually answer with an irritated look when I smile at them in the streets.
Not this time: It’s spring and the sun is out – so the Estonians are smiling, too.

And they randomly talk to me.
“This author is really likeable, isn’t he?”, the woman next to me listening to “Königin der Berge” says and we talk a little bit. When we meet again at Amir Darwish’s poetry evening, she greets me with a smile.
“What’s the title of the movie? It seems really good, is it originally Estonian?”, a man asks at the open air cinema.
And as I go to the vegan brunch at Gengöök (that takes place every Saturday, how have I never been there before?), Maria sits at a table alone. I had met her at the poetry workshop. “May I join you?”
“Of course.”
We sit there, have vegan food and tea and talk, of course, about literature.
I feel smarter after this festival, more creative, sophisticated.
That’s that spirit of Tartu everyone always talks about. 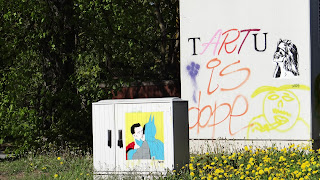 There is, of course, much more to tell, about Jan, who even went after me to say hello and who studies religion, which is even more atypical for Estonians than talking to strangers. About a machine called MALDI at the lab I work at and a room full of PCR machines that are all named after characters from Shaun the sheep. And more importantly: the Insomniacathon that was introduced by Ron Whitehead and meant 24 hours of nonstop poetry performance. I didn’t stay there 24 hours, but the parts I saw were still mind-blowing: improvised music by people who had just met as a background to powerful poems, and it was all so incredible that my heart frequency actually rose. 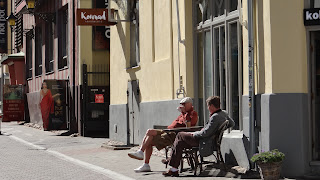 But I’m gonna leave it at that for now, and tell you a few lessons I brought from Thailand.
1.       Smile more. Seriously, smile more.
2.       Plastic is everywhere. You can’t escape it. There are straws in water bottles and plastic bags for single items in the supermarket. Restaurants do not provide real glasses, only plastic cups. You need to be incredibly fast to tell everyone that you don’t want it, and tell them again and again, because they often won’t understand why you don’t need it. Or misunderstand and offer you a bigger plastic cup. Even if you think that it would be impossible to give you any plastic with this – there’s gonna be plastic.
3.       If you think the ants might come, they are going to come. Put every single piece of fruit in the fridge. Every. Single. Piece.
4.       Being spontaneous doesn’t mean you shouldn’t have a plan. You should. And a plan B. Even if Plan B is just “technically I could also go there by bus” or “in theory it would be possible to visit the village in the mountains instead.”
5.       Say yes. Nowadays everyone seems to tell us that we need to learn how to say no. Take better care of ourselves. That’s true, we can’t do everything, don’t have the time, strength, and ability do take on all that comes our way. But to enjoy life, it’s equally important to sometimes just say yes. Yes to that experience, to meeting people, to all that’s new and special. People are generally kind and helpful. Accept that, and be grateful, and say yes to their suggestions. Join that trip, go on that hike, try that food. You’ll end up making new friends, experiencing once-in-a-lifetime adventures, and just having great times. I’ve said yes to people driving me home after work, to having dinner with them, to go on adventures with friends I’d just made, to sharing a smoothie with the person on the table next to mine. It is so good to take the time to be spontaneous. Just say yes.
6.       There is no farewell. The Thai say mostly “see you later” or “See you again”. Saying good-bye as we do it would mean as much as “see you never again”, and that can’t be a nice thing to say. Or give you bad luck. So while we Europeans often want big hugs and make sure we’ve said good-bye to everyone when we see them for the last time, Thai will usually just leave the building as they do on any other day. This isn’t impolite, it’s actually more polite for them. No tears, no waving after each other. You might meet again some day. Let’s not jinx that by a big farewell.