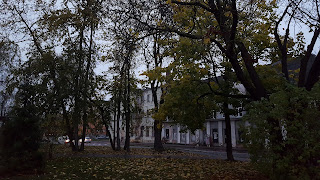 I sit on a desk all day, so in order to stay healthy, I get up every hour, go down the stairs and into the other part of the building to make another cup of tea in the employees’ break room. In the mornings I very often meet Külli there, whose office is just across the hall. And Tarmo and his desk neighbor usually come to fill up their coffee mugs around ten.

When I run into Tarmo, he naturally asks about my progress with the statistics program. “Well, the regression analysis is going quite well, but I’ve been wanting to make survivor curves and haven’t succeeded in that yet.”

“There must be some simple way to do it. There is a simple way for everything in STATA”, he says. “I have to look up how I did that…”

“Or you could use the program MedCalc” suggests professor Valdmann while he puts his cup into the coffee machine. “You can get a free trial for two weeks and with that program it is very easy to make these graphs. If you have any questions, let me know!” 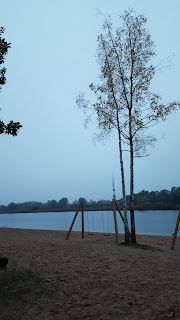 He held three lectures of endocrinology (hormones…) that I attended four years ago. I am pretty sure he does not remember my face from back then, but is just being as nice as everybody around here.

Around lunch time, the room is busy of course.

In the afternoon, I meet Dagni and Kaari, whose office is located close to mine. “You know that we also have a kettle in our room, right? You can use it, too!” they offer.

“Thanks, but I actually want to walk a few steps every once in a while.”

That at least seems to be more comprehensible to other academics than my need to start working before nine o’clock.

Most of the times I come to the puhkeruum, though, it is empty – or this one professor sits there, who seems to know exactly who I am, but I have no idea what his name is or his specialty. Interestingly, he is always chatty. Asks where exactly I am from, how the corona situation is in Germany, how long I have been learning the language. He usually rephrases when I don’t understand him, only when the topic gest too complicated we switch to English. He tells me, of course, about the hole in the MS Estonia. Sometimes we talk about the differences between the German and Estonian language. “Well, the most difficult thing for me is this rule with the second and third case, depending on whether the action is done or we are talking about the entire thing or not. We don’t have different grammatical cases for that in German. I mean, am I currently reading that book or did I finish it, in Estonian that can be expressed by changing just one letter, so I keep mixing that up” I explain. “But sometimes it is really easy. For example some phrases or idioms can be translated literally. I recently saw this sign: Vana arm ei roosteta. We have exactly the same saying in German: Old love doesn’t rust.” 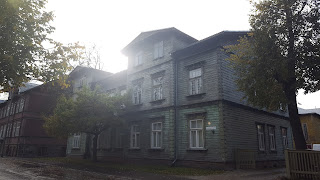 The grey-haired professor crosses his legs and nips on his coffee while I pour the hot water into my tea mug. “Yes, you Germans have brought us many things. For example the manors. Wasn’t it the same in Germany, that there was one manor and its master had the power over the surrounding farms, the farmers being like slaves?”

I look at my feet. This is sort of a painful topic, almost like the Nazi times. We are being told over and over that it is not our fault, but it is our responsibility to keep something like that from happening again. And indeed, the past is not my generation’s fault, but still, what I took from the teachings in school is: guilt. You are German, so you must feel guilty. And it is similar with the Baltic Germans. It was a very long time ago, I wasn’t there, but still… I always feel uncomfortable when this is addressed. For hundreds of years, Germans have ruled over Estonians, and most Germans do not even know about it.

The history of Estonia is turbulent, full of oppression, and too much for one blogpost, so here is a quick overview. 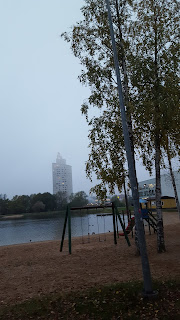 From 1346, Estonia belonged to the German Order. Many cities had long been part of the Hanseatic League, lower Tallinn was under Lübeck law. Estonian peasants were serfs of German (and a few Swedish) lords. Over the centuries, Estonia (which consisted of a Southern and a Northern part) was under Swedish, Polish, Danish and German rule. The Swedish time from 1561 to 1710 is actually referred to as Golden Time, as the Estonian population was supported in their culture and education (even though they still had very few rights). During the Great Northern War, in 1710 to be precise, the country fell into Russian hands and became part of the Russian Empire. The Germans did not lose any of their rights, they were still the Upper class. In 1816/1819 (Northern Estonia and Southern Estonia, which was part of Livonia), the serfdom was abolished, but the life of the peasants did not improve drastically. In the 1860s, the first manors were sold from Germans to Estonians.

In the 19th century the National Awakening took place. Until then, education and official business had still all been in German, but now, the Estonian language was being examined, first newspapers and poems in Estonian were published.

In 1918, Estonia finally gained independence and started building up a republic. For the first time, the two parts of the country were united. But this freedom was of short duration – during the Second World War, Germany and Russia took turns in occupying Estonia. 1939 Hitler called the Baltic Germans “home”, and most of them resettled to Poland and later Germany. In the beginning of the war, Estonians were hoping for the Germans to free them from the Russians, but instead, the German army occupied the country from 1941 to 1944.

“My father has served in the German and in the Soviet army, what can I say”, the professor whose name I don’t know tells me.

From 1944, Estonia was part of the Soviet Union as the ESSR (Estonian Soviet Socialist Republic). For the first time in the country’s history, not Germans, but Russians had all the power.

In 1991, the Republic of Estonia (Eesti Vabariik) finally regained its independence. In the course of just a few years, the nation became what is now called the Silicon Valley of Europe, and despite the great differences between urban and rural life, no other European country is this advanced when it comes to digital technology! 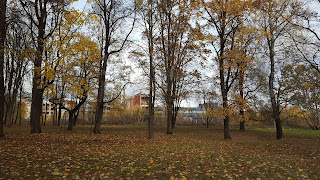 But the trauma is still tangible, and the traces that German and Russian occupation have left, are very different. Germans, in the eyes of many Estonians today, were great scientists who brought knowledge to Estonia, supported education and science, and promoted the language. The Russians, on the other hand, have deported thousands of people, tortured and murdered them. Of the Germans, statues, street names and manors are left, of the Russians, fear and panel block buildings.

I try to explain that I am not proud to be a German in Estonia, but neither the professor nor my friends can understand that.

“What the Russians have done to us is so much worse, yet none of them feel bad!”

While Germans today come here to study or to work in the IT sector, the Russians in Estonia were born here. Their relationship with Estonia is as complicated as the Estonians’ view of them. Many of them live in their own parts of the cities, go to Russian schools and don’t really feel they belong anywhere – are they Estonians or are they Russians? Many live in Tallinn or Narva their entire life and yet don’t speak Estonian. The Russians as a nation, a friend explains to me, are proud and patriotic. They don’t see that things have gone wrong, view themselves as victims. The Germans as a nation, on the other hand, have dealt with the past, admit to mistakes. And so Estonians deal with these two nations differently.

The professor turns his head back to the newspaper, I throw away the tea bag and go back to work. 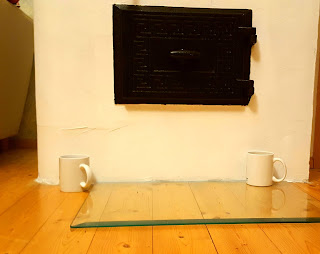 Estonian history and the relationship with Russians fascinate me, so I have previously written about it (only in German) here: https://blog.stud.uni-goettingen.de/finnougristik/2020/08/03/das-kind-im-besetzten-land-die-sowjetzeit-in-der-estnischen-literatur/
English Estonia