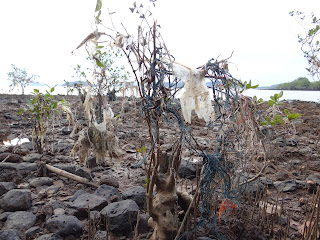 There is this one topic you must have noticed coming up in all of my latest stories. My war against plastic. I can be seen with that reusable cup all day long, with tea in it on my way to work, water throughout the day, and ice tea after lunch… I bring my own water bottle, reuse bags until they basically fall apart – but on some days, I’m too slow to say “no straw please”, or I can’t find what I need without plastic packaging – or people simply don’t get what my problem is. One of the students saw me wash out the bag I had bought rice in. “What are you doing?” she asked. “So I can use again”, I answered in that simplified English I needed to use with them. And immediately she offered to organize a new bag for me, no problem.

Plastic is everywhere. A study recently even found it in human poop. And while in Germany the “zero waste movement” is growing and more and more people are aware of the problems plastic causes, that we need to stop consuming it if we want to save what we have left of our natural habitat (and everyone else’s) – in Thailand we’re not quite there yet. Yes, awareness is growing. More and more people bring their own cups (but then use a new plastic straw for every drink), there are recycling facilities, supermarkets sell reusable bags and people actually bring them when they go shopping; and the Khao Kheow Open Zoo shows an ad for reusable take-away containers and mugs. But the trash is still omnipresent. Nothing comes without a plastic bag, not even the single coke bottle. Little restaurants use the single-portion instant noodle bags for cooking, we find the plastic on the beaches of the most beautiful islands, and picking it up on my way to work is like Groundhog Day. 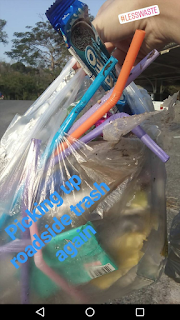 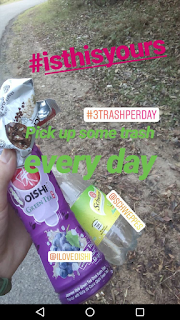 There are some great campaigns going on on instagram, like "3 trash per day" or "Is this yours?" where you tag the producer

So let’s talk about the problem I have.
More than 70 billion plastic bags are being used in Thailand every year, on average eight per person and day (!) – mostly just to transport something from the store to the house, the average time that these bags are used is twelve minutes. And they are made from a material that will still be there in 450 years. Around 100 000 marine animals die every year because of plastic bags, ingesting them, mostly, but strangulations also occur.

Another problem are straws. There is a slogan going around on social media at the moment: “It’s just one straw – said 8 billion people”. It’s not that single straw that causes the problem – it’s the mass of them. Because they are so small, we often don’t think about them too much. But their size is also why they can’t be recycled: they are so small and lightweight that they just fall through at the sorting machines – if they even make it there. In Germany, we use about 10 billion straws per year, in the US it’s 500 million a day – so more than 180 billion in a year. And in these masses, they are not so lightweight anymore: it’s estimated that 25 000 tons of plastic waste are straws. They need about 200 years to decompose – that is, to break into microplastics. In beach clean-ups in January 2019, plastic straws were the most commonly found items. I could write a whole article about how the trash always ends up in the oceans, but in short: this little, light straw falls out of the bin on the sidewalk, all it needs is a little wind. It flies through the city until it lands in a river, and the floating begins. Towards the ocean, where it will break under the influence of salt, sun, sand and everything else, and gets smaller and smaller. 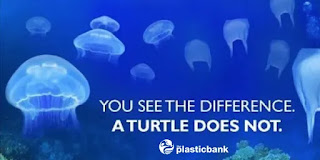 We’ve all seen this picture of the jellyfish and the plastic bags: “You see the difference – a turtle odes not”. But even worse are the smaller pieces – microplastics are roughly the size of plankton, to they are easy to confuse with the base of the marine food chain: the plastic gets into the tiny fish that is eaten by a small fish that is eaten by a bigger fish and so on. And whales who first take everything onto their mouths that they find and then filter out the water ingest even more of that. And other trash. You’ll find lots of cases in the media of wales that were found dead on the coast, starved – their digestive tract full of trash. There was a case in Thailand, too, last June, raising more awareness on the problem here: a whale had ingested 80 plastic bags. 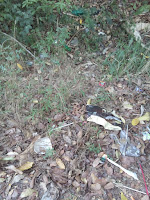 But not only marine life is affected. In my first week at the large animal hospital in Bangkok we had a bovine patient with watery diarrhea and weight loss. None of the treatments were successful, so finally the vets decided on an explorative laparotomy: surgery to look for a cause. They suspected a reticulopertitonitis traumatica – an inflammation of one of the forestomachs and the heart sac, caused by a foreign body that pierced its way through both organs. This is a common disease in cattle, as they don’t pay much attention to what they eat. In Germany, it’s mostly caused by nails and other pieces of metal, so most farmers give them magnets – these will fall into the forestomach and stay there, collect any metal items and won’t cause any harm themselves. So I naturally asked the vet if this was common practice in Thailand as well. “No” said she, “the foreign bodies are usually plastic. That’s what’s lying around in the fields.” 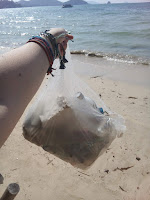 If you’d like, I could throw in some more numbers.
80 percent of the trash in the oceans is land-originated (so only 20 percent are fishing nets and the like), and 90 percent of that is plastic.
Every year, 80 million tons of single-use plastics are being thrown away. This includes the 22 000 tons of plastic cutlery, the above mentioned bags and straws, 52 million bottles of shampoo and shower gel, and plastic packaging. The EU ban of plastic coffee stirrers, cutlery and straws is just a drop in the ocean, so to say.
The US produce 17.5 million tons of plastic packaging every year (and packaging is 34 percent of all plastic production), but only 13 million tons can be traced in disposal. That means, in the US alone, every year, four and a half million tons of plastic just vanish. And most likely end up in some animals stomach sooner or later.

I could go on like this, and I probably will.

But these are some of the reasons why I say no to straws, why I always, always, always bring my own bag. And why I pick up trash on the side of the road when I’m walking past it.